The rest of us, though, may be courting similar injuries when we go for our morning jog or play sports over the weekend. Worse yet, we may incur significant injuries without accurately diagnosing them. This guide introduces some of the injuries most common to amateur athletes and describes the best course of treatment for each. 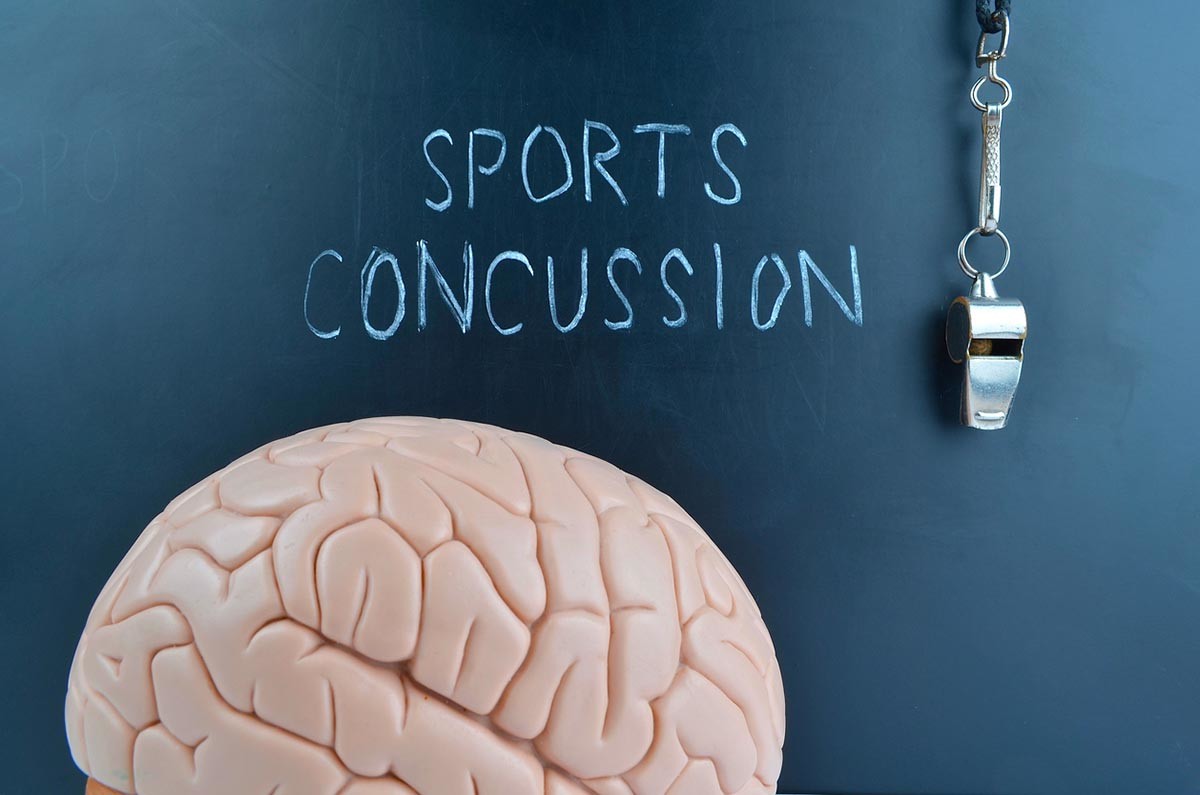 Among the least common sports injuries to amateur athletes, concussions are the most severe. A concussion is any injury to the brain caused by shaking or blunt trauma. Anyone who suspects that they have sustained a concussion should immediately consult a physician or a properly certified trainer with experience dealing with concussions.

Concussion symptoms often include a combination of the following:

Concussions can take quite a while to heal, and the only agreed-upon therapy is rest and avoidance of risky activities. Returning too quickly to rigorous or risky activities can greatly increase the chances of future concussions. Multiple concussions, especially those suffered before previous concussions have properly healed, can have devastating, even fatal, consequences. 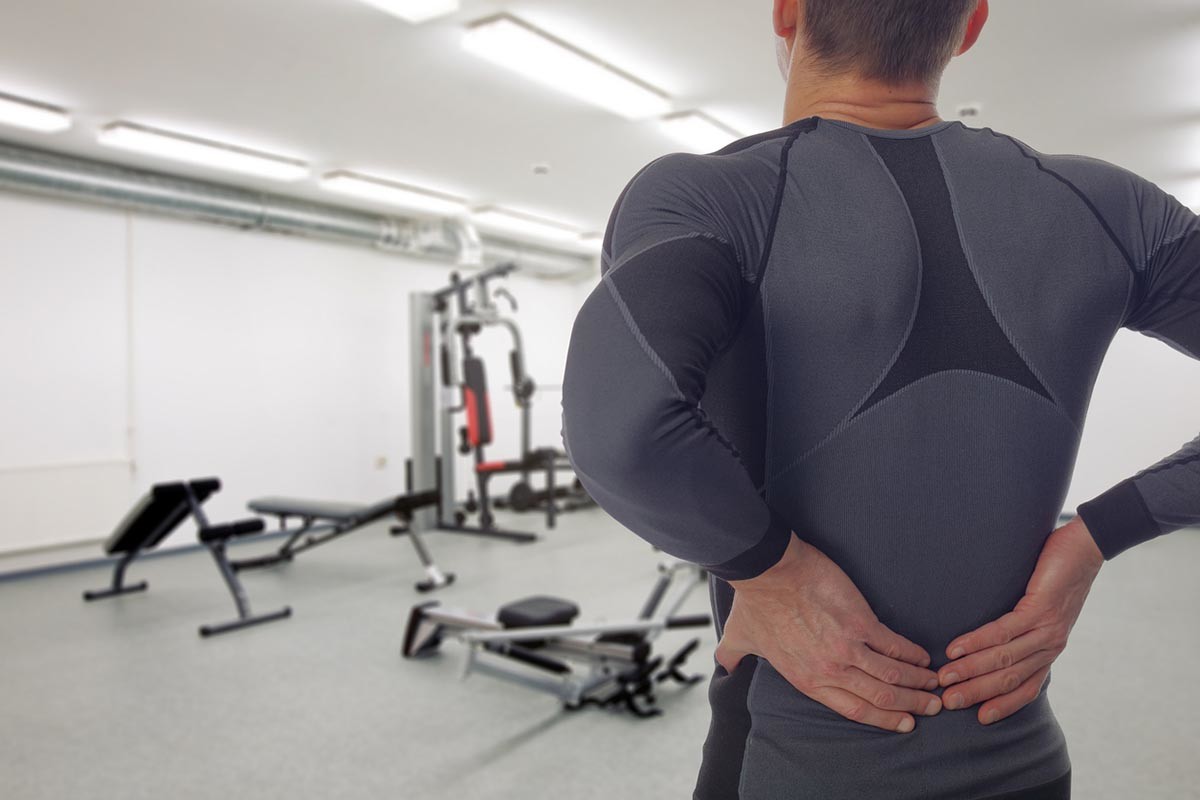 Most strenuous activities place significant strain on the back, and most athletes experience some form of tightness or minor pain in their backs after a workout. When pain becomes more severe and lingering, it may point to a chronic back injury. The most common back injury suffered by amateur athletes is sciatica.

Sciatica refers to pain that radiates from the back down to the legs (and often the feet as well). Numbness can accompany the pain, along with a tingling or burning sensation. It develops when the back’s sciatic nerve is impeded, usually by a bulging disc or inflamed tissue.

The condition is often caused by movements involving rotation of the trunk, such as tennis and golf, and by activities like rowing and cycling that involve hunching forward for long stretches of time. Stretching, rest, and lying on flat, stiff surfaces can help reduce sciatica caused by swelling; if those measures do not fully alleviate symptoms within two or three weeks, patients should consult a physician or physical therapist. 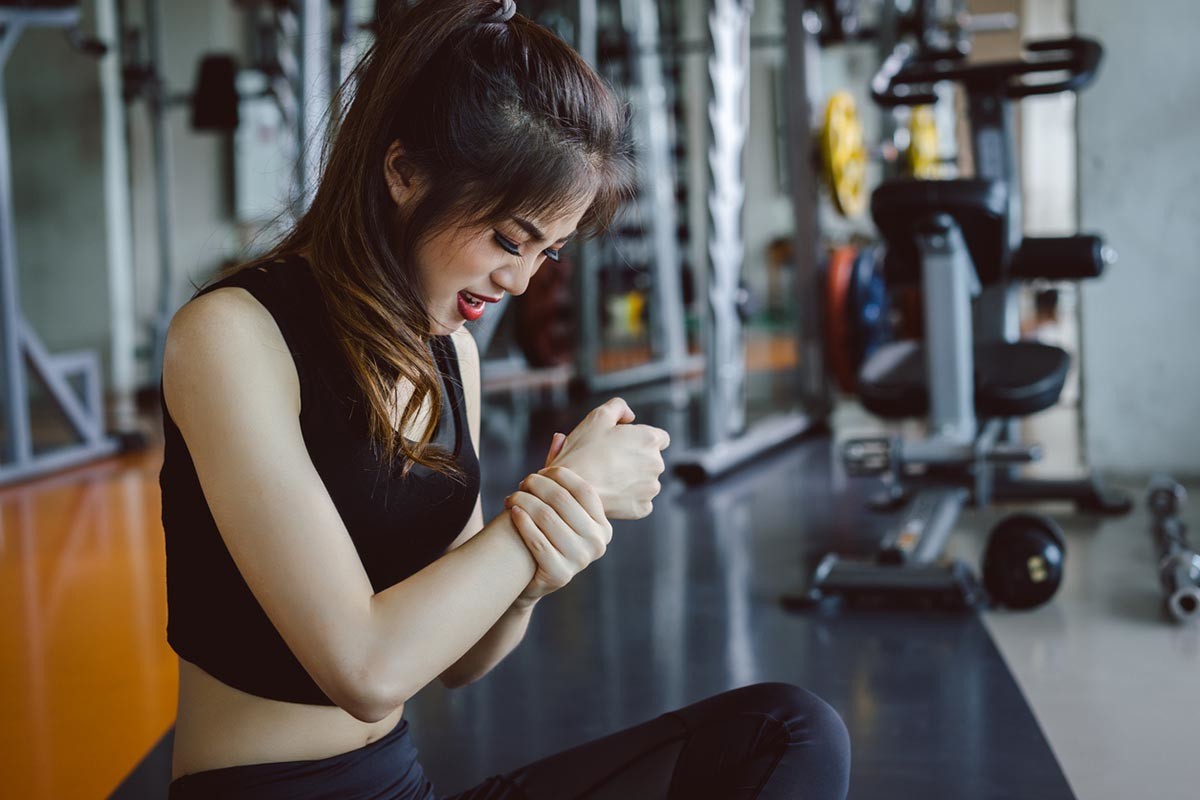 Many sports involve placing unnatural stress and torque on the elbows and shoulders. Some of these activities are obviously risky: pitching a baseball, for example, places extraordinary pressure on arm joints. Others are more insidious, causing problems only after prolonged activity. These can be harder to predict, and are far more common. We’ll look at the most common injuries to the shoulder and elbow, respectively.

The shoulder is the body’s weakest major joint, and can incur a wide range of injuries. Dislocation is the most dramatic type; dislocated shoulders can usually be easily moved back into alignment, though connective tissues may have been sprained or otherwise damaged. Ligament sprains are also common, and may have the secondary effect of inflaming the bursa, the sac within the shoulder’s rotator cuff that allows tendons to glide freely. Muscle strains are even more common.

Most shoulder injuries benefit from rest and regular icing to reduce swelling. If symptoms persist after two weeks or so, patients should consult a doctor or physical therapist.

Elbow injuries are usually due to bursts of stress placed on the elbow while the hands are gripping a piece of equipment. “Tennis elbow” is a catch-all for this sort of injury, which also regularly afflicts golfers and baseball players; its medical name, epicondylitis, refers to inflammation of the forearm’s tendons. Athletes may feel fine early on, but after time notice a diminishment of grip strength. Nerve function may also be impeded, indicated by numbness or tingling in the fingers.

Anti-inflammatory medication, often in conjunction with an elbow brace, is usually the best treatment for minor to moderate cases of tennis elbow. When the initial symptoms have resolved, athletes may notice a loss of strength and mobility in the elbow; stretching and strengthening exercises may be needed before patients return to their accustomed level of performance. 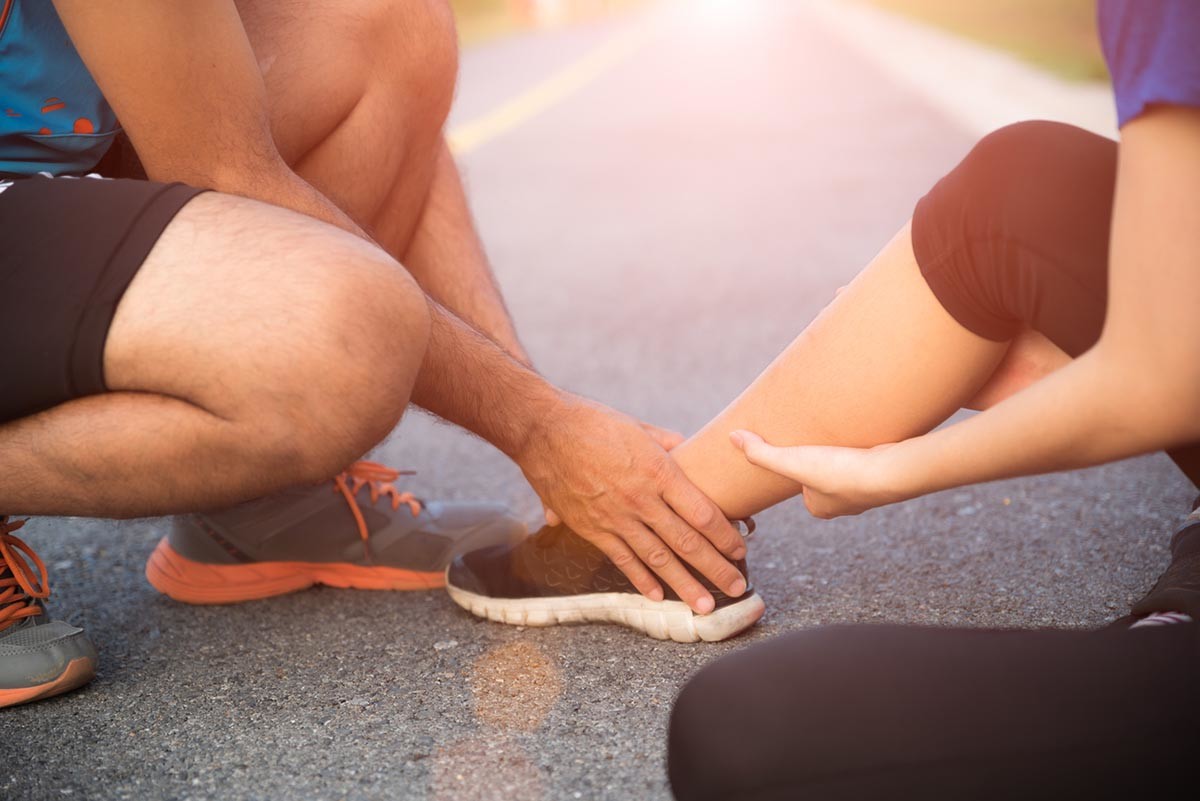 Most sports place heavy demands on the legs, and it’s no wonder that leg injuries represent most of the problems faced by amateur athletes. We’ll look at some of the most common lower-body injuries, starting at the upper legs and working our way down.

Groin pulls, or strains, affect the muscles running along the inner thigh from the hip to the knee. They are commonly seen in athletes who play sports involving abrupt changes of direction, especially tennis, soccer, and some positions in baseball and gridiron football. The groin muscles help move the legs toward each other, which makes a groin strain painful even away from sporting activities.

Aside from immobilization and rest, groin strains are usually treated with regular icing in the first two or three days following injury. Afterward, athletes are advised to apply heat to the area while gently stretching. With a bit of patience, most sufferers can return to normal activity within a week or two; some may seek physical therapy to deal with persistent problems.

Injuries to the hip flexors aren’t as widespread as some other leg conditions, but they can shut an athlete down for weeks. The hip flexors are located on the front of the thigh, near the hip joint. They are responsible for moving the upper leg upward toward the trunk, and for moving legs laterally toward and away from each other.

Hip-flexor injuries can affect anyone, but are most common among amateur athletes who overdo physical activity after long stretches of sedentary activity, such as sitting at office desks. Sprinting and aggressively running inclines can invite problems with the hip flexors, as can sports like tennis, basketball, and soccer that involve sudden lateral starts and stops. They can make even routine activities painful, such as rising from chairs or climbing stairs.

Hamstring strains affect the taut muscle running up the back of the thigh. Because it is naturally pulled tight, the hamstring is highly susceptible to strains, even in professional athletes who stretch their hamstrings diligently before playing or practicing. That being said, poor stretching is the leading cause of hamstring injuries among amateurs.

Rest and icing are the most widely recommended first responses to hamstring strains, followed by gentle stretching. If these early measures relieve the pain accompanying the strain, more aggressive stretching is recommended, along with exercises strengthening the thighs. Severe hamstring injuries can benefit from more formal therapies, including ultrasound and even surgery.

Injuries to the knee’s anterior cruciate ligament, or ACL, are caused when torque is applied to the knee, often while abruptly slowing down. Any sport involving quick pivoting or changes of direction can invite ACL strains or tears. Basketball, gridiron football, and soccer are among the sports that most commonly cause ACL injuries.

Minor ACL strains or tears can be treated most effectively by simple rest and ice. The scar tissue surround the injury may introduce stiffness to the joint after the injury has healed, so it is wise to return gradually to full participation. Severe or complete ACL tears require surgery and several months of recovery time, followed by intensive physical therapy.

Perhaps the most common sports injuries to amateur athletes involve the knee, and the most common knee injury is named accordingly: runner’s knee, also known as patellofemoral syndrome. Runner’s knee occurs when the kneecap slides from its usual groove at the end of the femur, because of blunt trauma from slipping or falling, swelling within the knee joint, or an imbalance among the surrounding muscles. When the kneecap falls even slightly out of line, the muscles of the knee can compensate, trying to force it back into place and keep it there. This effort can introduce more swelling, and can even lead to problems in joints above and below the knee.

Most cases of runner’s knee respond to rest and ice. After symptoms have cleared, patients are often advised to strengthen all major muscles surrounding the knee before resuming full activity. When the condition does not respond fully to simple rest, supplemental bracing may be needed to prevent future occurrences.

Shin splints are extremely painful injuries involving the tibia or lower leg bone. They are usually associated with intense running, especially after stretches of relative inactivity. This makes them common among professional athletes returning to play after the offseason, and especially to amateur athletes who push themselves a bit too hard.

Little but rest and ice can heal shin splints. When the condition is resolved, patients are advised to return gradually to full activity, and to be sure that their shoes provide sufficient arch support.