Being a former professional sportsman, I know how serious professional sports injuries can be, and what getting an injury can mean for one’s career. Professional gamers too have similar problems and often suffer from repetitive stress injury(RSI) – a result of spending upwards of 10 hours a day in front of the computer. You know you’re out of your game when you are no longer as accurate and precise as before, and in order to maintain the accuracy, you find a need to physically compensate by moving my slower. What can we do before we reach this stage?

Athletes whose careers were cut short due to injuries

Here are stories of two famous sportsmen who have had their careers veered sideways because of injuries they obtained. Hopefully we can learn from them and take sports safety precautions seriously.

Here’s a local athlete(and also a doctor mind you) who had a major setback hit him(literally) whilst he was trying to qualify for the Rio Olympics that was held in 2016. Mok had been training in Colorado, and was doing some basic stretches with an elastic band when it slipped off his foot and hit him directly in the eyes. Mok lost vision in his left eye temporarily, and could not see out of his right eye for several hours. He had a partial tear in his right retina. 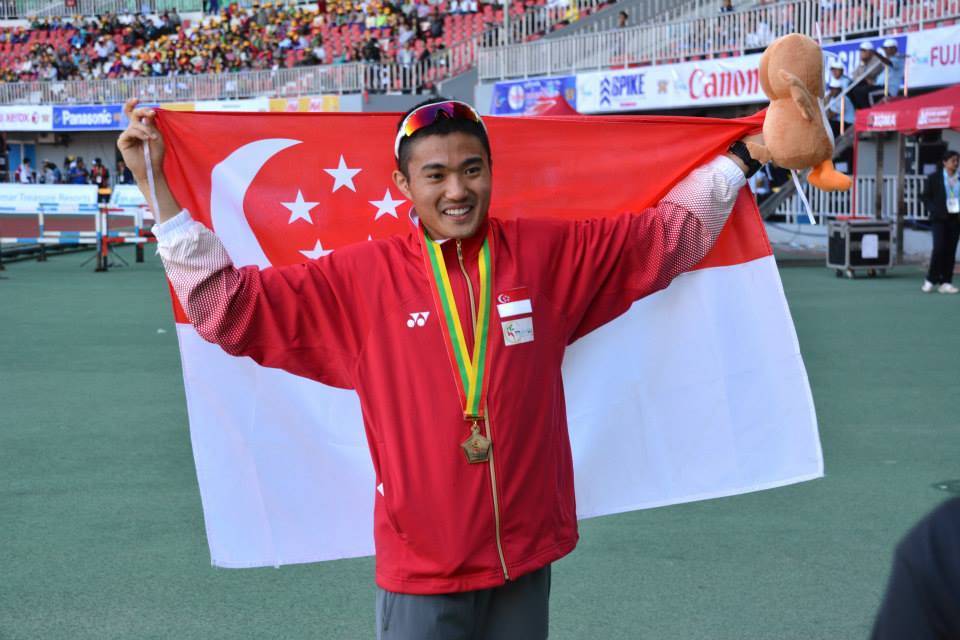 Instead of seeking medical attention immediately, Mok had chosen to continue running and waited to see if his vision would return. He later confessed that he should not have done so. I completely empathise with Mok though, as initially when I was experiencing severe pain in my right wrist whenever I was practicing, I did not see a doctor and tried to brush it off. Much like Mok, there was a shortage of time before our upcoming competitions, and we chose to attempt to persevere at the expense of our health.

A devastating consequence of what transpired was that Mok was advised to rest for at least a month as if his eye moved too much, his retina could detach. His training was thus adversely affected, and with his competitions coming up soon, time was of the essence.

It is good to know that as of writing this article, Mok is running the good run and doing Singapore proud. All the best to you Mok!

Yao Ming was an amazing basketball athlete from China that played in the NBA, and also a star of the ‘Yao Ming meme’. He had been drafted into the Houston Rockets, and started his NBA career strong, missing only two games out of his first three seasons. However, he was plagued with injury after injury soon after and consequently had only played in half of the Rockets’ games in the following six seasons. 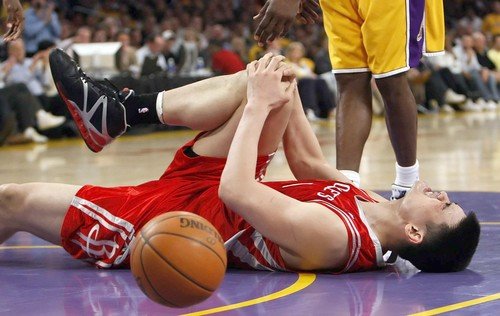 Yao Ming’s career in the NBA came to an unfortunate end in 2011 when he called it quits after having had multiple injuries to his feet and legs over the entire course of his career. In 2005, he had osteomyelitis(infection in the bone) in his left big toe, which required surgery from an orthopaedic surgeon. In the first half of 2006, he had a broken bone in his left foot, which he had to rest for six months for. He then broke his right knee in late 2006, and did not play for 3 months.

The last injury was what broke the camel’s back. Yao announced that he would be quitting basketball due to his injuries. Yao would have been easily one of the top centers to ever play basketball, had he not been injured so many times. Yao’s story is a testament to the importance of managing our injuries well and taking safety precautions to prevent injury, as regardless of how good we are at a sport, or how physically strong we are, injuries can happen, and worse, they can end careers.

It is definitely worth lauding that Yao had tried his best to persevere on in what he was good at, despite his numerous injuries. He has built a legacy behind him, with many being inspired to go on to play basketball after seeing the friendly giant do so.